Ex-Pinkerton Brass, on his continued way down.

(Just imagine this one with a shotgun, and not the tommy gun…. 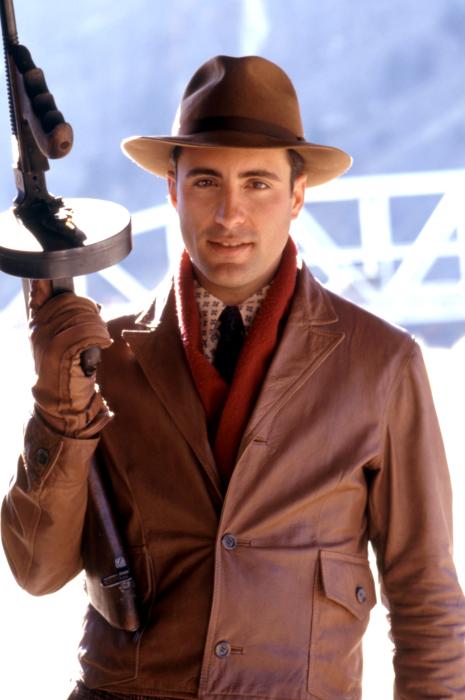 George Rock was a young 17 year old, training at the police academy in Washington, when his life took a turn. He was recruited by Frankie Ness, the superstar, the new Pinkerton Chief Investigator in charge of the biggest investigation in Washington to date. Ness would go on to crack open and defeat the biggest slave trafficking ring in the US, with a trusty group of men (including Rock). Rock ended up being (due to fatalities) Ness’ right hand-man, but the fame only identified him as secondary to Ness.

After Ness’ success, Ness retired (never to be heard from again), and George Rock was offered the position of Chief Investigator. Rock took it, but failed to be effective in that position and was eventually replaced with little fanfare.

Rock then moved South and tried his hand at being the Sheriff of a small town, who were greatly excited to have a Sheriff of such strong pedigree. Rock, once again in a lead position, failed to be effective, and was once again quietly replaced after a number of years.

Rock is now wandering, trying to understand why he was so successful early in his career, but has had nothing but failure since then.

(Answer: All the players know that it is because he is an amazing supporter, but can’t lead his way out of the paper bag. Rock has no idea that is his problem….)

Ascendant campaigns can view previous versions of their pages, see what has changed (and who did it), and even restore old versions. It's like having a rewind button for your campaign.

We've already been saving your edits, so if you upgrade now you will have instant access to your previous versions. Plus, you get a 15-day free trial, so there's nothing to lose.

I'm sorry, but we no longer support this web browser. Please upgrade your browser or install Chrome or Firefox to enjoy the full functionality of this site.